Statin Answers
Sorting Through the Science

The anti-inflammatory effects of statins have raised interest in employing them against asthma.

Millions of people have asthma, an autoimmune disease that appears to becoming more prevalent.  Asthma attacks are characterized by inflammation of the linings of the pulmonary passageways.  Steroid drugs in the form of inhaled corticosteroids are the most common way asthma patients keep their wheezing under control.  Statins may be able to contribute to symptom reduction.

One way to see if this might work is to try to find an effect of statins on asthmatics who already take them for cholesterol control. The pharmacy benefits manager Medco analyzed records of 6600 asthmatic patients.  Those who took statins for cholesterol control had fewer visits to the hospital for asthma.  Even after adjusting for other differences between the statin and no-statin patients, the difference in emergency room visits was great enough to be statistically significant.

Statisticians are the healthcare company Kaiser Permanente did a similar study of 7800 asthmatics and found no significant different in health outcomes between those who took statins and those who did not.

Another, more recent, although smaller, study asthmatic symptoms worse. The authors of that study did not call for statin therapy to be suspended, but suggested that doctors closely monitor the progression of breathing problems in asthma patients on statin drugs. The researcher suggested the apparent contradiction was due to selective suppression of inflammation by statins. Statin compounds are good at counteracting cytokines which make the circulatory system inflame, but they also suppress histocompatibility in the body, which makes asthma worse.

Portuguese scientists did a meta-study to try to get to the bottom of the question of whether statins make asthma better or worse. They looked at both patient and disease outcomes.  The measured benefits were different in different studies, but they include lung capacity, inflammation of airways, and reduction in asthma-control medication. This meta-study found the statins appeared to have no additional benefits for asthma.

All these studies took advantage of data from people where given statins for cardiovascular reasons in hopes of answering the question of whether statins would help in asthma.  We are aware of only one test where statins were explicitly added to the corticosteroid regiment as part of asthma treatment.  Scientists combined treatment with the steroid budesonide with a statin and concluded the statin enhanced the anti-inflammatory effect of the steroid. This was a very small study, so more work is needed.

Doctors do not prescribe statins for asthma treatment now although the drugs continue to be of interest.  If they provide a pleiotropic benefit, so be it.

We do not buy or sell any statins or any other medicines. We do not give medical advice and any health concerns should be directed to your doctor. We have not received any money or support from pharmaceutical companies. We strive to be an unbiased source of information.

About Us
Our Mission
Spanish Sitemap 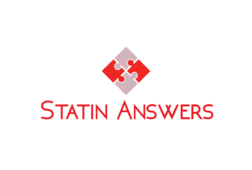