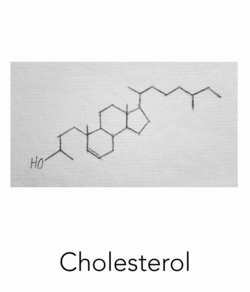 The lipid profile is done from a blood sample, and in particular the plasma portion of the blood. Plasma is the liquid part of the blood, without the red and white cells. You sometimes hear the number called plasma cholesterol or serum cholesterol.

There are no firm numbers indicating dyslipidemia and indeed the guidelines for doctors have changed over the years, reflecting changing consensus of what counts as a problem. If treatment is subjectively deemed to be beneficial, the patient can be said to have dyslipidemia. Treatment options include changes in diet, changes in exercise routines, and medications. Statins are among the medications used to address dyslipidemia. Other drugs include fibrates, nicotinic acid, and bile acid sequestrants.

There are multiple potential causes of cardiovascular disease; dyslipidemia is one of the most significant.

Some people are just born with more cholesterol than others. There are also lifestyle/secondary causes, but the effect of these depends on genetics, too. Secondary causes can include drinking too much alcohol, diabetes, kidney disease, liver disease, not enough exercise, steroid drugs, and drugs for high blood pressure. Some feel diet matters, too, although others disagree.

A Note on Metabolic Syndrome

Metabolic syndrome a catch-all term used to describe a person with three or more of the following:

It is estimated that 23 percent of American adults currently have metabolic syndrome.

Can the polypill address metabolic syndrome?