Statins are one of the most important inventions of the past 50 years. Statins are effective in reducing deaths from heart attacks and strokes in high-risk patients. They reduce the risk of a second heart attack by a third. There is an on-going debate about whether statins should be given to lower risk patients. High LDL cholesterol levels are a significant contributor to coronary artery disease (CAD). CAD is caused by the hardening of arteries over time, and it is believed that the slow build-up of LDL cholesterol inside the arteries is what causes this hardening. By lowering bad cholesterol levels, statins also help reduce the risk of heart disease, and may be prescribed to reduce the risk of heart attack and stroke-related death in people with high risk for or known CAD.

Statins had been the subject of safety concerns when they were newer. But over the decades and use by tens of millions of people have shown they are safe as well as effective. Nature magazine put it: “overwhelming evidence suggests that the benefits of statin therapy far outweigh any real or perceived risks." The most common side effects are related to muscle pain and weakness

In the United States, four of the forty most prescribed drugs of any sort are statins. There has been controversy about whether statins should be used for prevention, but studies have shown their benefits. A lipid profile is a standard part of blood work ordered in a standard physical. The results of the lipid profile - the levels of LDL, HDL, total cholesterol, and triglycerides - along with other details about the patient (e.g. age, overall health) go into the doctor’s decision about whether to prescribe a statin drug. 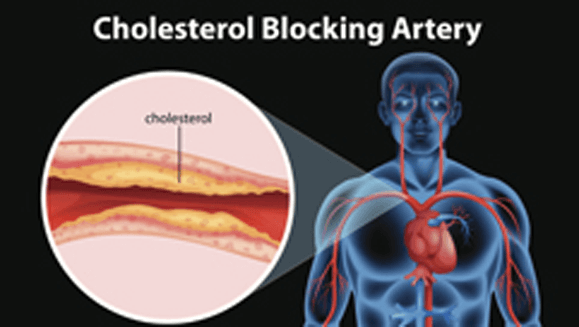 Cardiovascular disease is the leading cause of death. Coronary events are highly correlated with the level of LDL cholesterol. If you take a statin, your LDL cholesterol level falls about 40%. Although doctors no longer “treat to target” goals for LDL-C and non-HDL-C, they still measure cholesterol levels. Study after study by scientists and doctors have shown that statins reduce the risk of heart attacks and strokes in patients who have already had cardiovascular events. This is called secondary prevention. It is less clear whether they reduce the risk for hearts attacks and strokes in people who have no history of those events (primary prevention). (Picture from Centers for Disease Control and Prevention.)

While in the past the medical profession was criticized over its focus on cholesterol levels – which are after all only a surrogate for heart disease, not the disease itself – this problem has been addressed. Until a few years ago prescription guidelines called for statins to be administered to people with high cholesterol levels. The current guidelines take a risk-based approach and consider LDL-C level as only one of many factors in deciding whether to give a patient a statin. The new guidelines do not recommend the "treat to target" focus that brought criticism in the past.

Cardiovascular disease is a global epidemic and its risk factors are widely prevalent. Over 700,000 Americans have heart attacks every year. The Centers for Disease Control and Prevention reports 600,000 Americans die from heart disease every year - it’s the leading cause of death.

With the widespread availability of generic statin medications and the success of the drugs in lowering cardiovascular disease incidence, statin usage is likely to increase.

Statins are effective for both men and women; they lower cholesterol in all groups, including those who have previous cardiovascular problems and those who do not. Analysis after analysis of patient data from tens of thousands of statin users from different countries around the world has found these drugs to really work and are generally safe. While there are side effects associated with them, the cost-benefit calculations show these drugs are worth the downside for most users. They reduce incidence of cardiovascular events no matter what the starting level of cholesterol was and no matter whether the patient has previously had a heart attack or stroke or not. Statins also have benefits that are independent of their effects on blood cholesterol levels. These bonus effects are called pleiotropic effects.