What if you took a medicine for a while, then stopped taking it, and it kept working years or decades later? That might be the case wth statins.

A British study suggests that taking a statin drug for five years and then quitting them still yields benefits 20 years later. It takes a long time to do a study like this, and the medicine the participants took was pravastatin which was more widely used in the past. But the researchers found lower incidence of adverse events for two decades. The group of patients who took the statin had better results than the group who took a placebo. One scientists conducting the study speculated the statin altered the “natural history” of cardiovascular disease by lowering LDL levels. He also noted the "remarkable persistence" of the lower risk over the decades.

The influential West of Scotland Coronary Prevention Trial generated these results. Thousands of middle-aged men were treated with Pravachol for five years. Their incidence of heart problems decreased. That's not surprising - it meshes with many other studies over the years. The surprising thing was that when researchers revisited the test subjects years later they still had lower-than-expected cardiovascular problems. Researchers speculated in the press that the legacy effect may work more for middle-aged men than for the elderly. 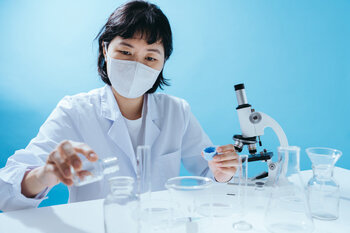 It appears that starting a statin regimen at age 50 or so and taking the pills daily for 5 years is enough to have a lasting benefit. Even if you stop taking the medicine, your risk of CVD is lowered when you are 75 years old. That is great news, and perhaps will help alleviate the worries about side effects of long-term use. If people can take the drug for only 5 years and get a long-term benefit perhaps more patients and doctors will be willing to try statins. It should be emphasized, however, that the results here are from one study (it is not easy to replicate a long-term study like this) and even so, no formal authority recommends routine cessation of statin therapy after a few years unless there is a compelling reason.

An earlier study of people who took atorvastatin for a limited time found the patients long-term reduction in mortality years after they stopped taking the drug, mainly from a reduction in non-cardiovascular deaths.